Time is elusive and capricious. It slips by when we aren't paying attention, only to ooze like cold treacle when it knows we are waiting. We have tried to measure it, quantify it and dissect it, but the tighter we try to grasp it the more it escapes through our fingers. Even physicists have failed to prove it exists and pass it off as an illusion. 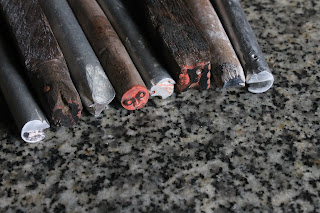 Each day is new and unrepeatable, and when we have accumulated three-hundred and sixty-five and a quarter of them we find we have managed to get through four whole seasons and are back to the same spot in our endless orbit around the sun. Many cultures, including Japan, work on an arbitrary system called the "Gregorian Calendar", dividing the year into 12 unequal months. We have marked the starting point of this annual cycle as about ten days after the solstice (Winter in the Northern Hemisphere and Summer in the Southern Hemisphere), naming it "New Year's Day".

We also number or name those years, perhaps so that we don't lose track of when we are, by a variety of systems. Though it may be 2020 AD in much of the world, here in Japan it is Reiwa 2, the second year of the reign of the Reiwa emperor. Though Japan adopted the Gregorian Calendar in the fifth year of the reign of the Meiji emperor (1873 AD, the same year that our house was built!), they have maintained a numbering system based on the Japanese Imperial Succession. 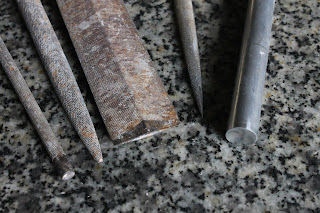 So, though I was born in 1964 AD, I was also born in Showa 39 which, according to "Eto" (干支), the Japanese zodiac, is the Year of the Dragon. There are twelve animals in the cycle; Mouse, Ox, Tiger, Rabbit, Dragon, Snake, Horse, Sheep, Monkey, Rooster, Dog, and Boar. Not only that, but it appears that there are five elemental cycles of the twelve animals, thus the full cycle becomes sixty years. I am apparently a "Kudari ryuu", a descending dragon, just as my wife's Grandfather was. He was born in Meiji 37, 1904 AD, making him exactly 60 years my senior, and he lived to the ripe old age of 100, his mind as sharp as a knife to the very end. (Her Grandmother, incidentally, lived to be 102!) That is something worth aspiring to!

My work has evolved over my career, of course, and there have been certain design elements in my work which indicate the period in which they were made, a change in the glazes, decoration or firing, the treatment of the foot perhaps, or the size or shape of my potters mark or whether it was intaglio or relief. These changes had always been random and I had never thought of them as a dating system. But I was having a discussion with one of my collectors some years ago about the chronology of the works which he has of mine.

"It would be good to have some indication on the work of when it was made so that in the future we can see how your work developed." He said.

This was food for thought...

So I decided to start making some kind of mark on my work to locate it in the chronology of my life. I wanted the mark to be an intimate communication to those people who would use those works, something which may spark their curiosity and imagination, but which would tell a story about my one, finite life, even after I was gone. I have always set my sights on living to the age of 130, but, in all practical expectations, I may only last for a hundred years like Mika's Grandfather. And so it was that in 2006 I carved a small dog into the end of a wooden rod and my Eto series began.

Each year since then my first task has been to create my new Eto stamp. Sometimes made from wood, sometimes metal, every one is an original hand crafted design. Often I will carve a different year into the other end of another stamp, pairing the animals together on the same shaft.

Every vessel which I make is unique, of course, but of all the years that I have been doing this Eto series, the Year of the Rabbit is rarest. In 2011 I was only able to fire 3 times... 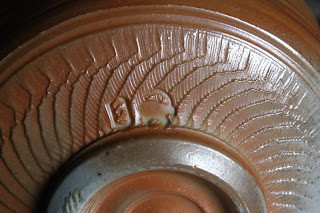 I entered the second set in 2018, and this year's stamp is the second "Nezumi" in the full sixty year cycle. “Nezumi” means “Mouse” in Japanese and the word for “Rat” is specifically “Dobu Nezumi”, which translates literally as “Gutter Mouse” (which is practically “Sewer Rat”). Though Japan and China both use Kanji Characters, the form, pronunciation and meanings are often different. I suspect that the “Year of the Rat” came directly into English from the Chinese. 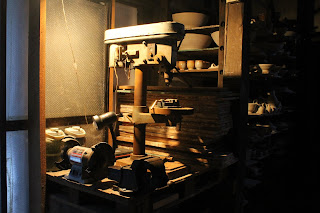 This year I am using an aluminium rod, with skills I learnt in Australia at High School to drill, file and polish the new mouse. In order to differentiate, I have made this year's face in the opposite direction to the last mouse, 2008 being a left facing Nezumi when stamped on the pot, and the new  Nezumi facing right. Every vessel which I make this year will bear this stamp alongside my maker's mark. 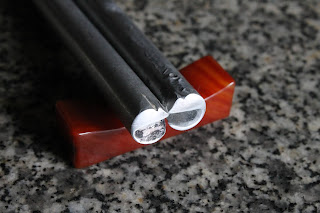 These stamps are as much a part of my work as any other process, and I make them with the same care and passion that give all of the different facets of my life. Today is the culmination of all the years, months and days of my life, and everything which I have learned over those years. All of my experiences, good and bad, are a part of who I am. Yet I know that I stand in the middle of a story, the beginning of which I cannot remember and the end of which I can only imagine. The things I learn today will become part of my work and life for all the years left to come. If all goes well, this project will complete it's first full cycle in 2066, when I am 102.

Plenty of time to think about what I might do after that...