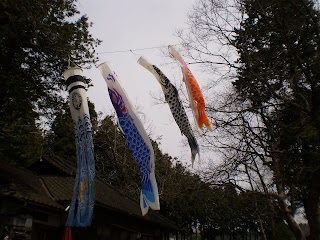 Easter snuck up on me again this year! You see it's not on the Japanese calendar and, as the dates change every year, it's a bit hard to make work schedules without clashing. It's also hard to explain that the first Friday, Saturday and Sunday after the first full moon after the vernal equinox is a holy festival to a non christian community. It does coincide with the "Koi Nobori" season, in which Carp shaped streamers are hung in the wind to celebrate having healthy sons and to symbolise them having a "swimmingly" successful life. So as of this year the Craig household began a new tradition, in which we hang the Koi Nobori on Good Friday, the day we traditionally eat fish for Easter. The Koi Nobori remain until "Kodomo no hi" (Boy's Day) on May 5th. 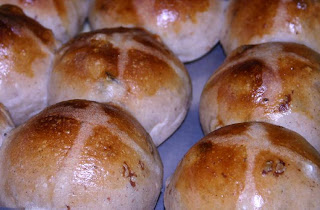 For similar reasons it is impossible to get Hot Cross Buns or Easter Eggs here, so Euan and Mika Bunny have to make them themselves. 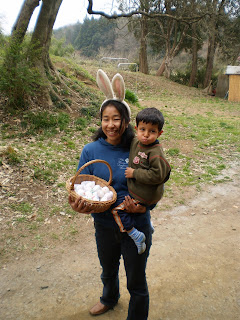 Mika Bunny bravely took on the task of hiding eggs around the back yard, occasionally impaired by the added weight of Sean. 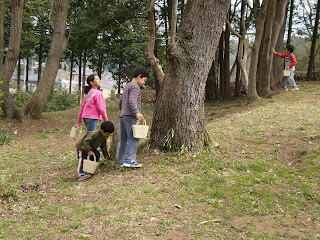 The kids excitedly hunted around the yard till all the eggs were discovered! 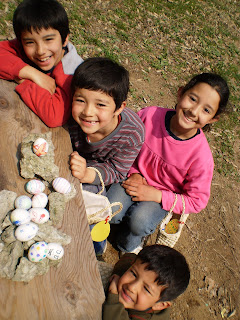 And what a collection they have made! 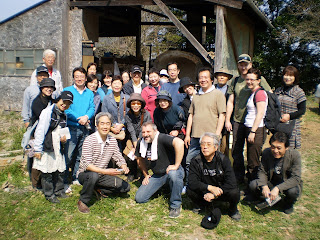 But wait...where is Euan Bunny? Ah, that's where the clash comes in. While the egg hunting was going on I was doing a wood firing workshop for a group of thirty Japanese potters in Mashiko. One of the participants from the kiln building workshop in 2007 organised his pottery guild to do a firing in the Euan kiln at Mashiko Pottery club on Sunday (Easter Sunday!) and then a workshop here it my studio on Monday. So Sunday I spent teaching them how to fire the kiln, which fired perfectly in just 12 hours, from raw to cone 10 flat. 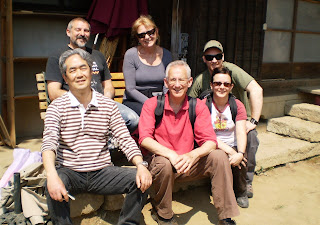 There were also a couple if people from Israel and Australia who joined the fray. 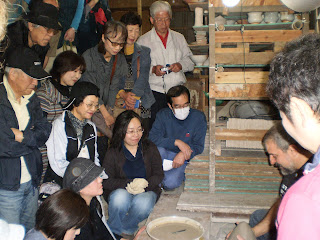 The greatest challenge of the weekend was fitting thirty plus people into my spatially challenged studio! They particularly wanted to see the Euan Bunny in his natural habitat, so the studio became a mini amphitheatre, with rows of people squatting, standing, climbing on wedging tables and work benches. 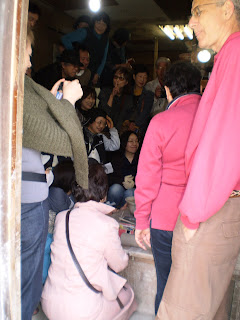 So this Easter started with carp, but seemed to finish with sardines!
Posted by Euan Craig at 07:57 1 comment: