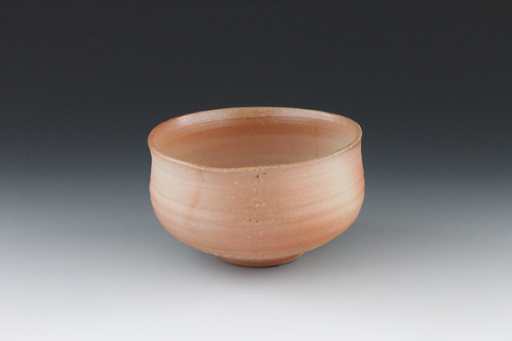 The sun rises golden over the horizon as I open the shutters at 6:00am this morning. Today is the vernal equinox and the seasons have finally begun to turn here in Minakami. Fukinoto are pushing their green buds out of the leaf mulch below the mulberry trees and the peaches and plums are threatening to blossom. We get the children up and share breakfast together before sending them off to their various schools. I load up the truck and head off to Mashiko. 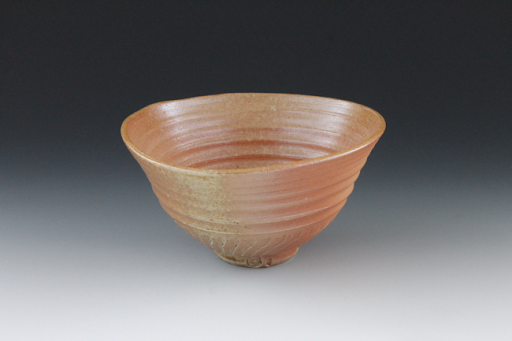 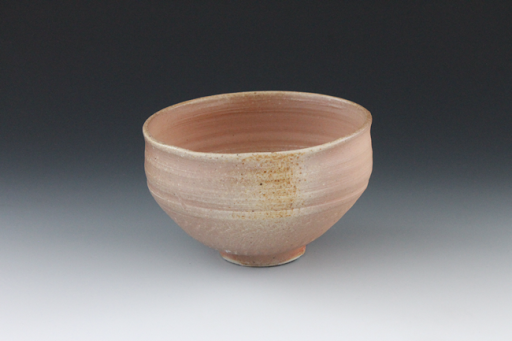 As I descend from the mountains the signs of spring become clearer, and by the time I reach Shibukawa the plums are in full blossom. Fields are being ploughed and crops sewn. The sun is bringing new life back to the land. 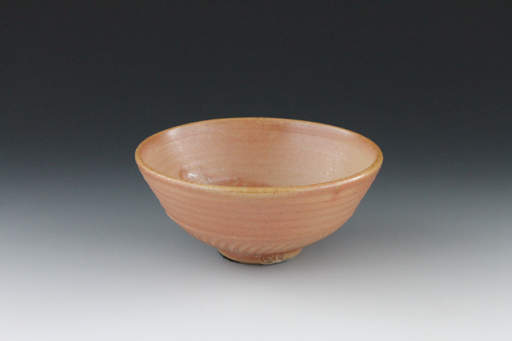 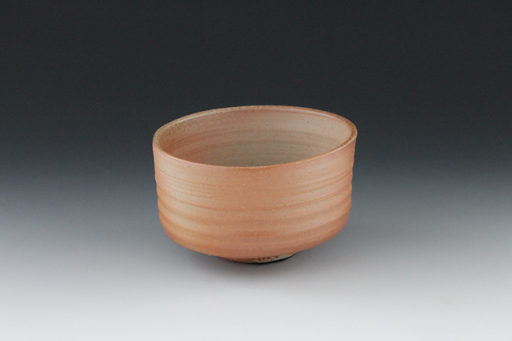 My main task today is to deliver twenty pieces of my work from the Hamada Noborigama to the Tsukamoto Gallery for the Members Exhibition of the Japan Mingei Association Tochigi Chapter. The exhibition starts tomorrow, March 21st, and goes until April 1st. There is another exhibition happening simultaneously at the Kyouhan 6 gallery of the work of most of the other Mashiko participants in the firing, but I have chosen not to split my work this time. 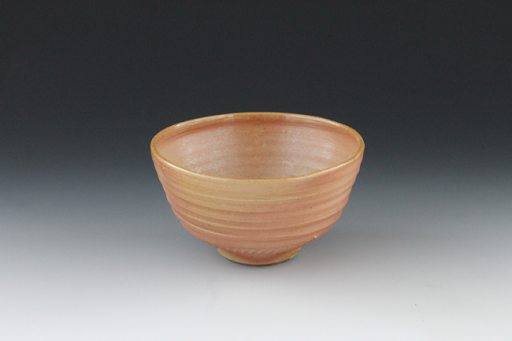 It means a great deal to me to be a member of the Mingei association, for it was Mingei and the life and work of Shoji Hamada which inspired me to come to Japan. It continues to give great focus to my own life. Though Shoji Hamada had passed away before I came to Mashiko, I was fortunate to be able to apprentice to his disciple, Tatsuzou Shimaoka, a national living treasure in his own right. 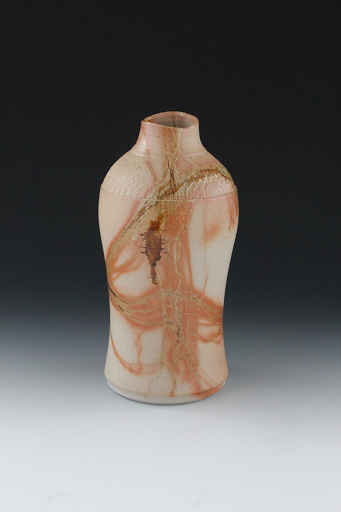 The time I spent at Shimaoka's was precious, working in the thatched studio with it's earth floor, paper screens and wooden shutters for windows. I learned to throw on the kick wheel, to foot wedge and decorate with silk ropes in the Jomon style. I was taught so many things about tradition, but also about combining that with the skills and modern science and reinterpreting them in a way which is relevant to the modern world. 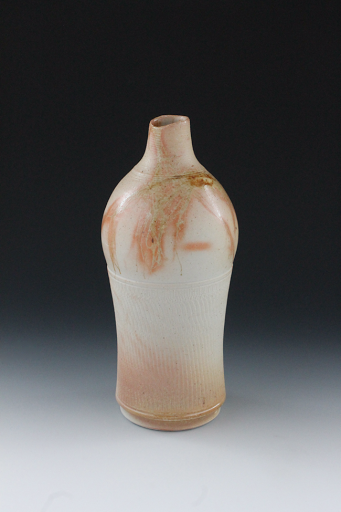 It was a great period of growth for me, striving to master the Japanese language as well as a whole range of shapes and techniques. Making everything from Yunomi green tea cups, Guinomi sake cups and Tokuri sake bottles, through coffee sets and tea sets to dinner plates, all to Sensei's exacting standards, all marked with his personal stamp. Perhaps the greatest lesson was humility, for a deshi is no more than an extension of the masters hands. 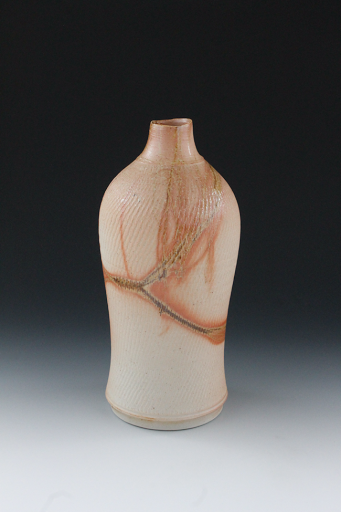 I treasured most those times I spent alone with Sensei in his private studio, talking about mingei, about art and life, about his experiences as a foot soldier in Burma and a prisoner of war, and his time as a deshi with Hamada after the war. He told me about Hamada coming to his firings after he had graduated and saying, "Shimaoka, you must find your own style!" 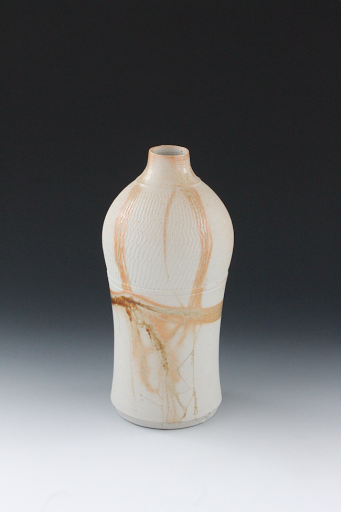 After I graduated, I took a "meoto" pair of yunomi from my first firing as a gift to Sensei. "Hmm," he said, "They're alright." He would sometimes come to my exhibitions or my display at the Mashiko pottery festival and even buy a piece or two. It was always encouraging, but I suspected that encouragement may have been his intention and wondered whether he really liked my work or not. 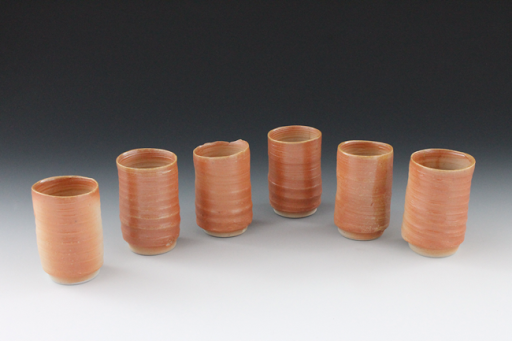 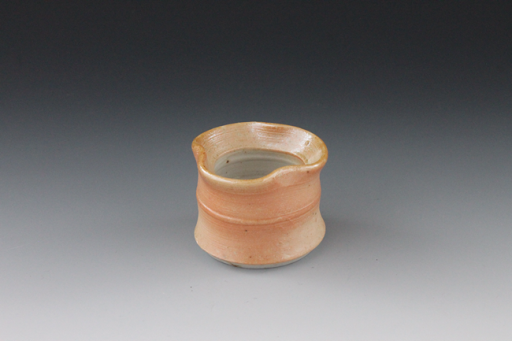 A few days ago my friend and "younger brother" deshi, Lee Love, sent me a photograph from America. He had been sorting through photos which he had taken in 1993 when he first visited Shimaoka sensei's studio, long before Lee knew me or my work. Among the photos was one of the shelf in front of the shoji screen window in sensei's studio. There is a portrait photo, leaning against the shoji, of Shimaoka as a young man. In front of it is a row of pots; one of his own early Jomon Zougan inlayed rope decorated vases, a salt glazed bottle and a jug which I don't recognise, and one of the guinomi Sake cups which I made while I was a deshi...alongside my two Yunomi. His face in the photograph seems to be gazing intently at my yunomi, and I realise that he really did think that my work was "alright". 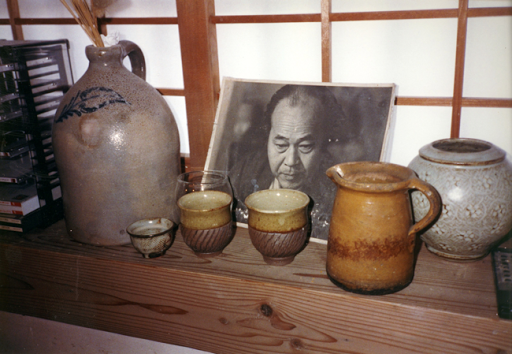 I deliver my work to the gallery, 20 of the best selected from the 140 which I had the privilege of firing in the Hamada kiln. Mashiko was my home for over twenty years, and though I am still a part of that extended community, I am not sure that I can continue to be called a Mashiko potter for long. There is no doubt, however, that I am a mingei potter, and I am proud to be a member of this association.

The sun is setting as I arrive home with a half tonne of clay in the back of the truck. Today is the equinox, tomorrow ther will be less darkness in the world as it turns inexorably onward, and on Monday I begin a new making cycle. 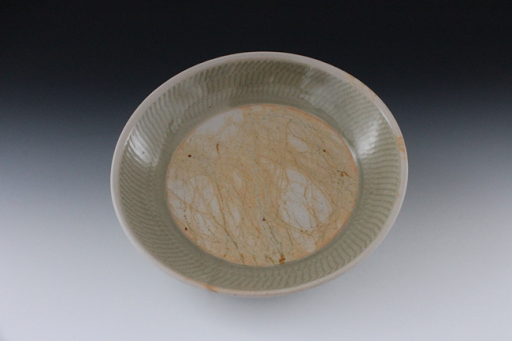 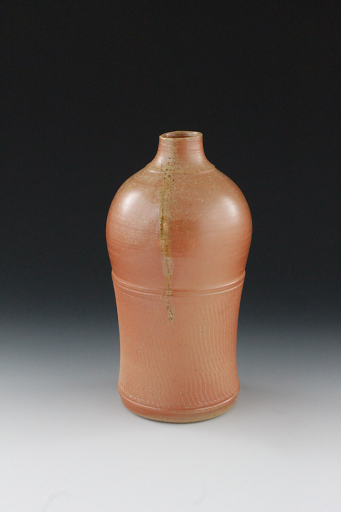 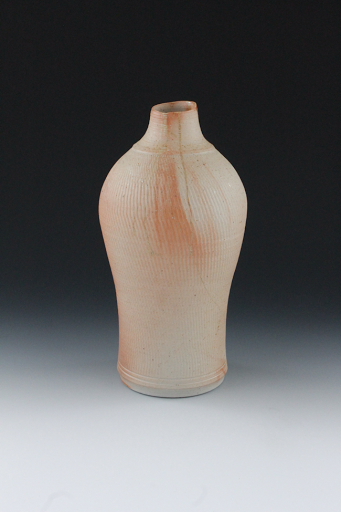