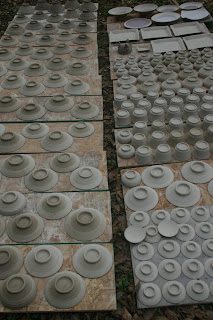 I am firing my wood kiln as I write. This is my last firing before my exhibition at Gallery St Ives, which starts on Saturday. Here is half a kiln load of pots out to dry on Monday. 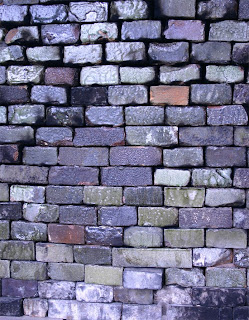 I rebuilt this kiln 9 years ago and have fired it once a month since. That makes this the 108th firing in this kiln. The old kiln in my Nanai studio was fired 50 times before we knocked it down and moved it here. The bricks were second hand to begin with so...the door bricks are crusty. Beyond crusty; fragmented, lumpy and misshapen.

Instead of looking like a nice mosaic the door was looking like a crazy paving colander. Firing before last I sealed up the door with fire clay, for the first time in fifteen years, just to hold it together. 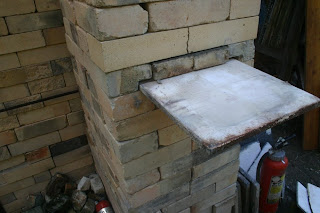 As a result I got a much heavier reduction and, as there was nowhere for the flame to escape through the door, I had to open up the damper completely to compensate. My firing has changed, not dramatically, but enough to warrant a new firing record for future reference. 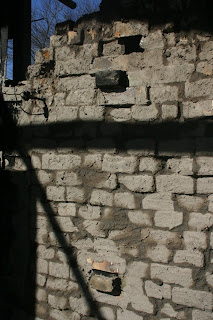 In the door I have left a spy hole top and bottom with cones visible through them. There is also a quarter brick size "blow hole" at the very top of the arch to help guage reduction later in the firing. The pyrometer is positioned in the door at the top left. This means it reacts more to the left firebox which must be taken into account if using the pyro to time your stoking. 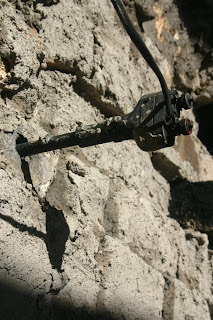 It is important to not push the pyro too far in as the outer casing can be damaged by the direct flame. As long as the tip is protruding into the kiln it should read accurately. Remember, the pyro is only a guide, it measures air temperature not heat work. 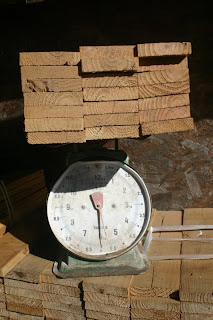 The firewood I am using is broken up palettes and boxes from Japan tobacco. A recycle company here cuts them to 40cm lengths and ties them into bundles of 21 planks. Each bundle weighs about 6kg. 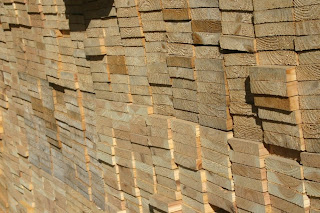 I like to have two firings worth stacked on hand. I would expect to use about 60 to seventy bundles per firing. Each bundle costs 130yen.

Up until 600 degrees I keep the fire at the front of the fire box under the grate, as far away from the pots as possible. There is a sudden expansion of the silica in the clay at 573 degrees, called the alpha/beta quartz conversion. Once this point is passed the possibility of the pots cracking is minimal. As I don't bisque fire, I take the first 600 degrees very slowly, usually 7 hours, to avoid cracking the raw pots. Just under 100 degrees per hour. 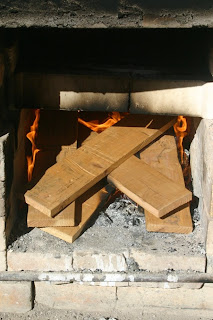 During this period I stoke both fire mouths simultaneously with five pieces of wood each. The wood is cross hatched so as to allow oxygen to reach every surface. After 400 degrees I start to push the embers back with each new stoke, building up a heat mass in the fire box. Each time you stoke the temperature will drop, sometimes up to 10 or 20 degrees, then start to climb again. The temperature will peak again, then start to drop, at which point you need to stoke again. At the beginning of the firing there is fifteen to twenty minutes between stokes, but by 500+ you need to stoke every five minutes or so. This will vary for every different firing, type and shape of wood.

I need to concentrate on the firing now so I shall continue this later. Wish me luck!
Posted by Euan Craig at 11:50